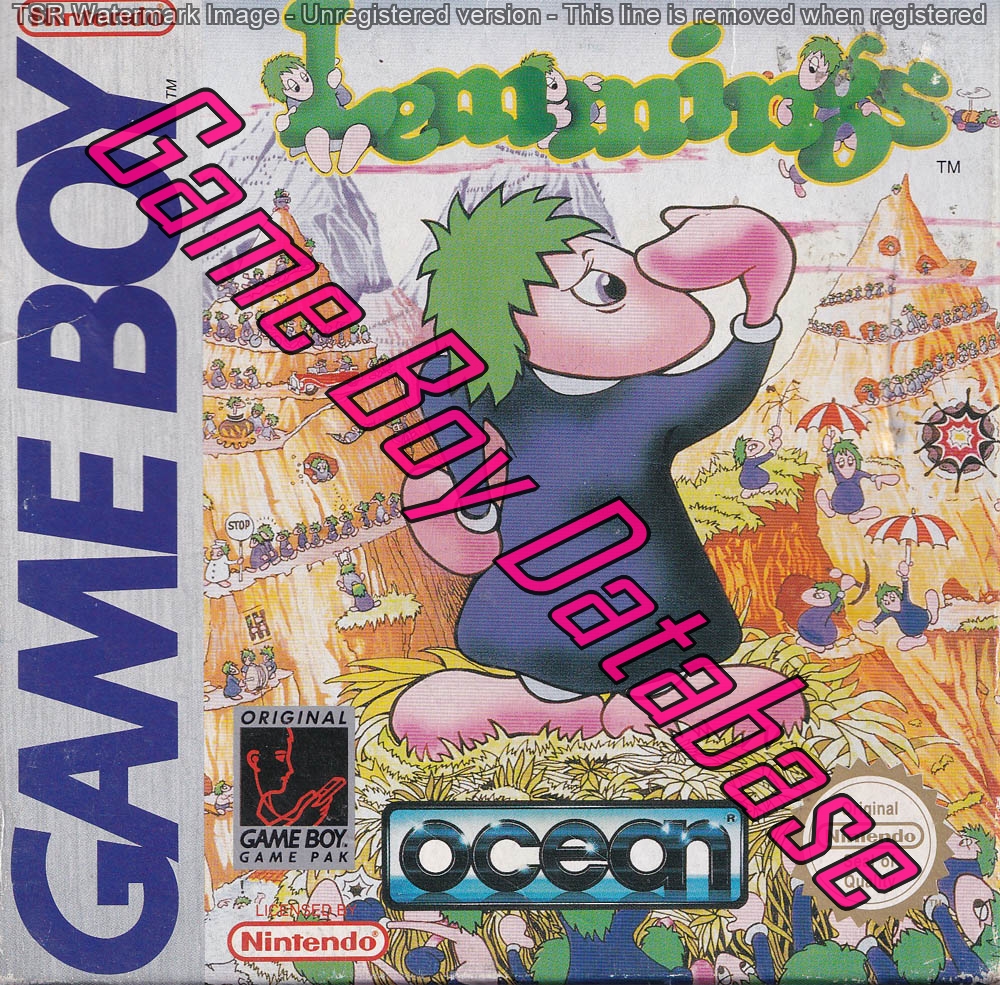 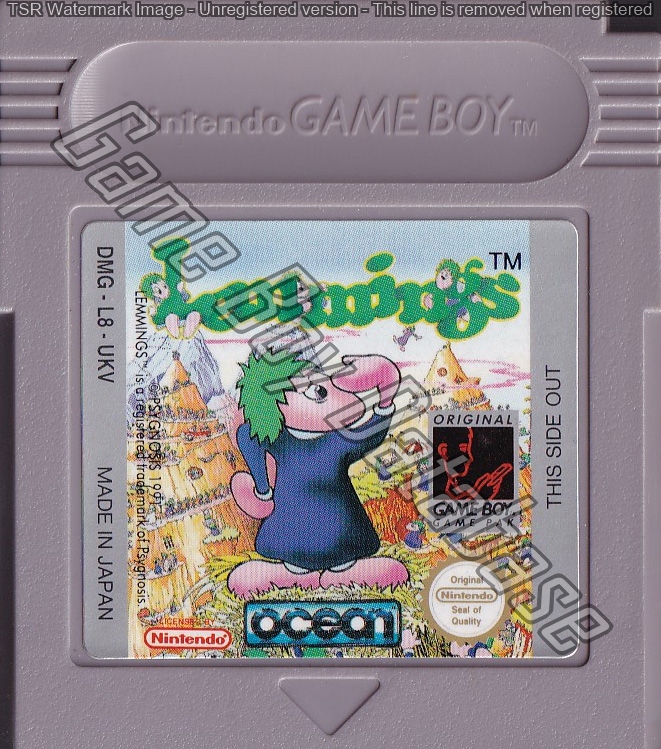 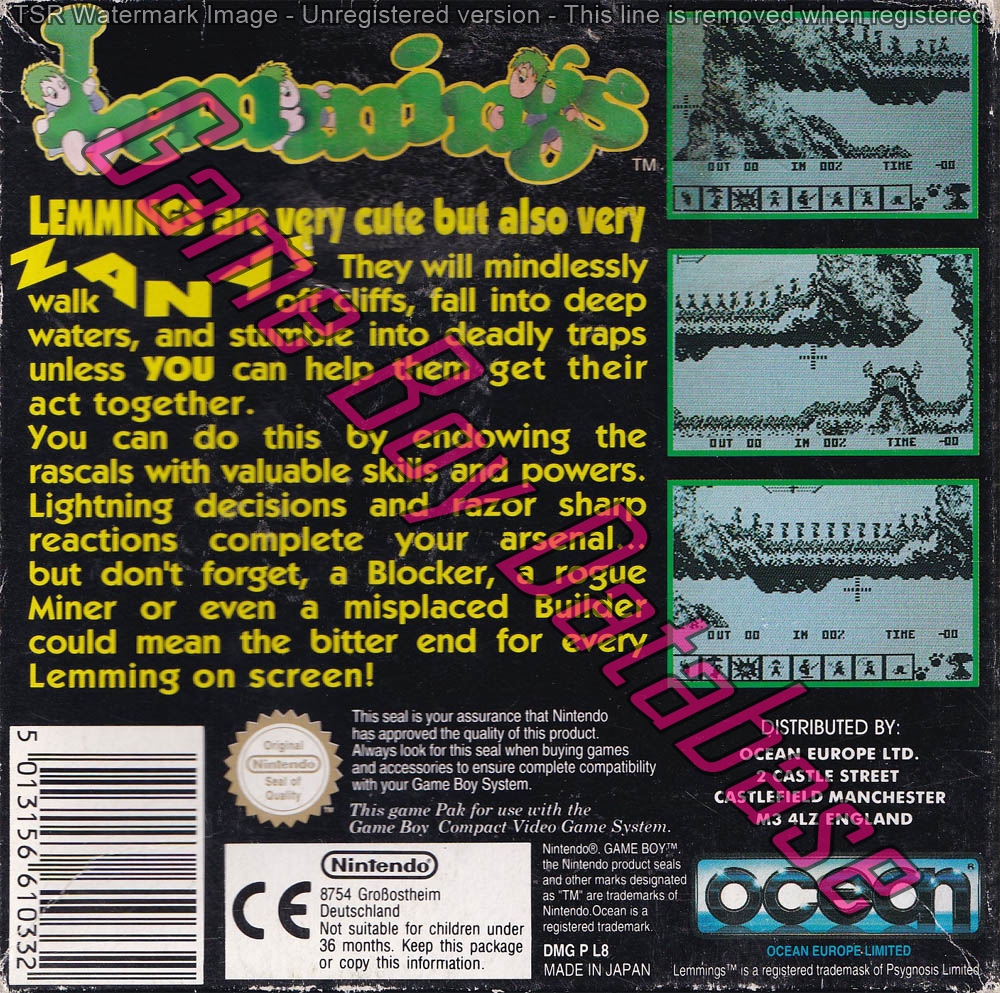 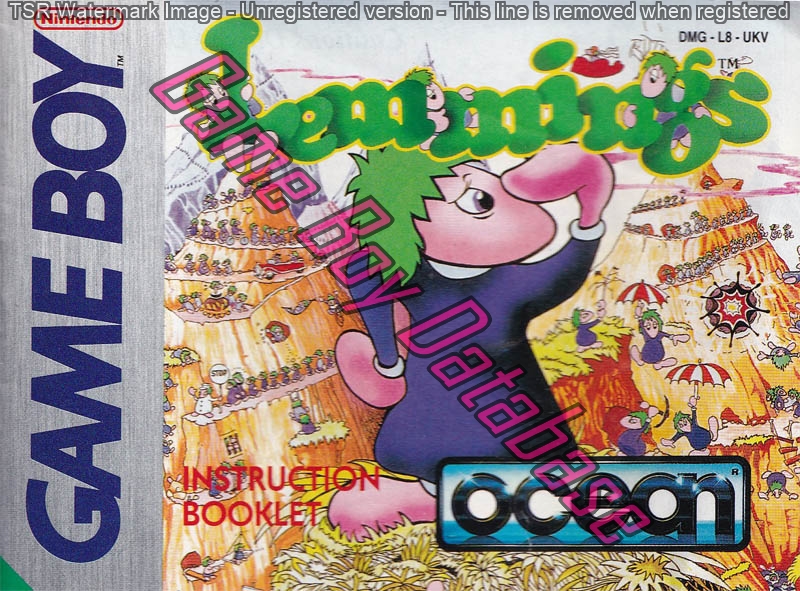 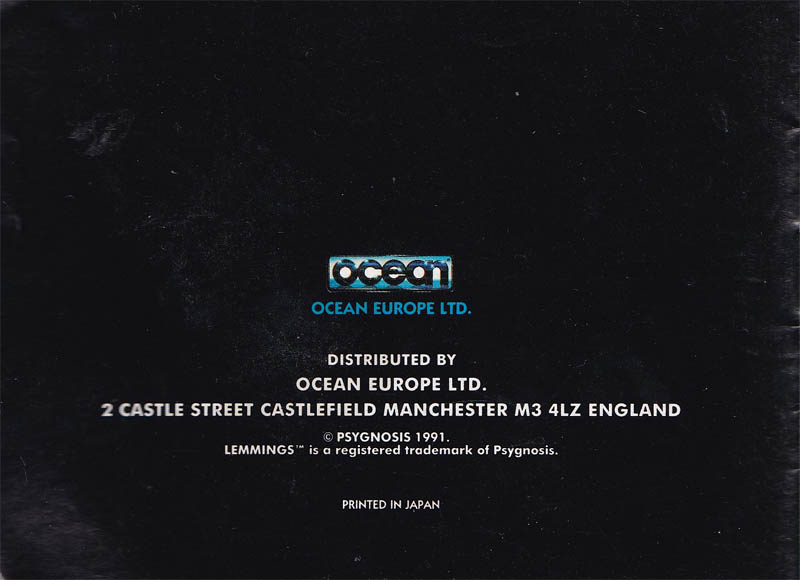 ( 12 released versions registered in the database )

Lemmings is a puzzle game first released in 1991. The game was developped first by DMA design (Psygnosis) for home computers.

On computers, two sequels named "oh no more lemmings" and "Lemmings Xmas" will be released, but not on the game boy.

American, Australian and European verions have the same box. Only the japanese one presents differences.

All games were published by Ocean. German versions were always distributed by Laguna, french one has known two ways of distribution : Ecudis (FAH 1993) and Horelec (FAH-1 1996).

Comparison in the game (Other systems)

Lemmings was released on several supports...